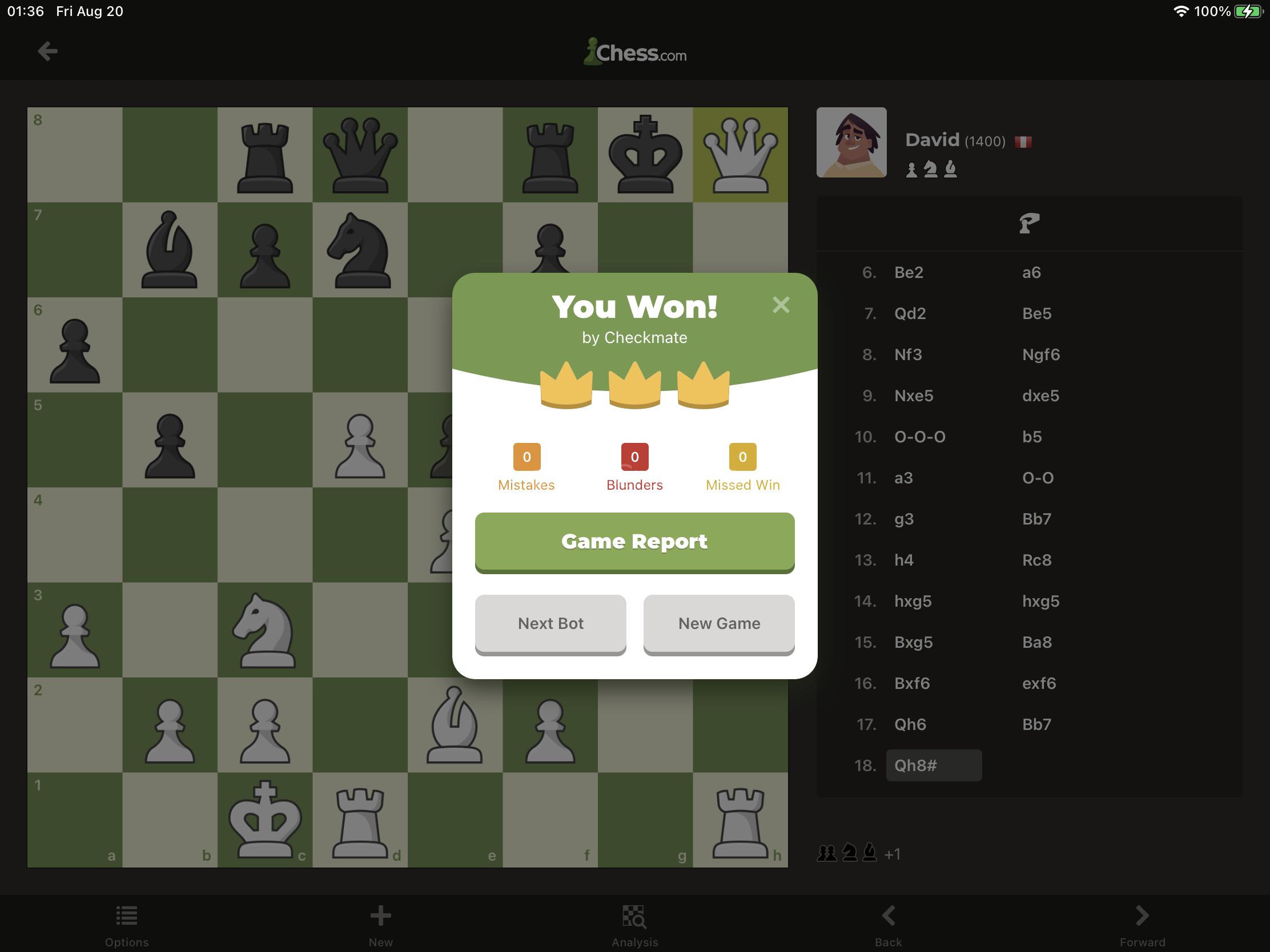 This bot David is tough, many 2k plus players have videos losing to this tricky bot. Have lost probably 50+ times, couple close ones, a draw, then finally just a damn near perfect game with 95% accuracy woah.

I knew I’d get this tough bot soon, each game was so close. This bot will blunder usually with a knight and once you are ahead you must use your advantage and watch out for his battery aka Queen plus bishop or rook checkmate.

This was my first rank 1400 bot win, two more 1400 bots in the intermediate ranks to battle then I enter the advanced chess bots 1500+. These bots are super valuable, each bot has groups of plays they will do often. This gives you tons of practice against these moves until you figure it out. They are definitely tough at 1200+, I’d lose a ton of games before I’d get my first win. 1300 rank steps it up a level, 1400 is pretty similar.

Update I beat the next bot Ali Rank 1400 after about 8 losses, now on Mateo who is pretty pesky and beating me mid game.

Update Mateo Bot Rank 1400 beat after about 9 losses, the final intermediate bot. My analysis showed I had two missed wins so I overlooked things and could have lost. Of all the bots I believe David the first rank 1400 bot to be the toughest of all of them, Jade rank 1300 a very close second.

The overall best advice I’d give is to not get too excited when you go up material or after a loss moving too fast. You MUST think out moves and make sure pieces have protection, forcing moves can lead to discovered attacks which can seriously change the game. I am not so good at setting up planned discovered attacks, but with proper piece protection they will more than likely happen.

A good technique I used was after a bunch of losses I went on YouTube and watched some other players battle these bots. They will play very slow and talk about each move, it’s not that they are really teaching you but the pace they play helps you realize how fast you are playing. So I usually got my win after this little reset in speed.