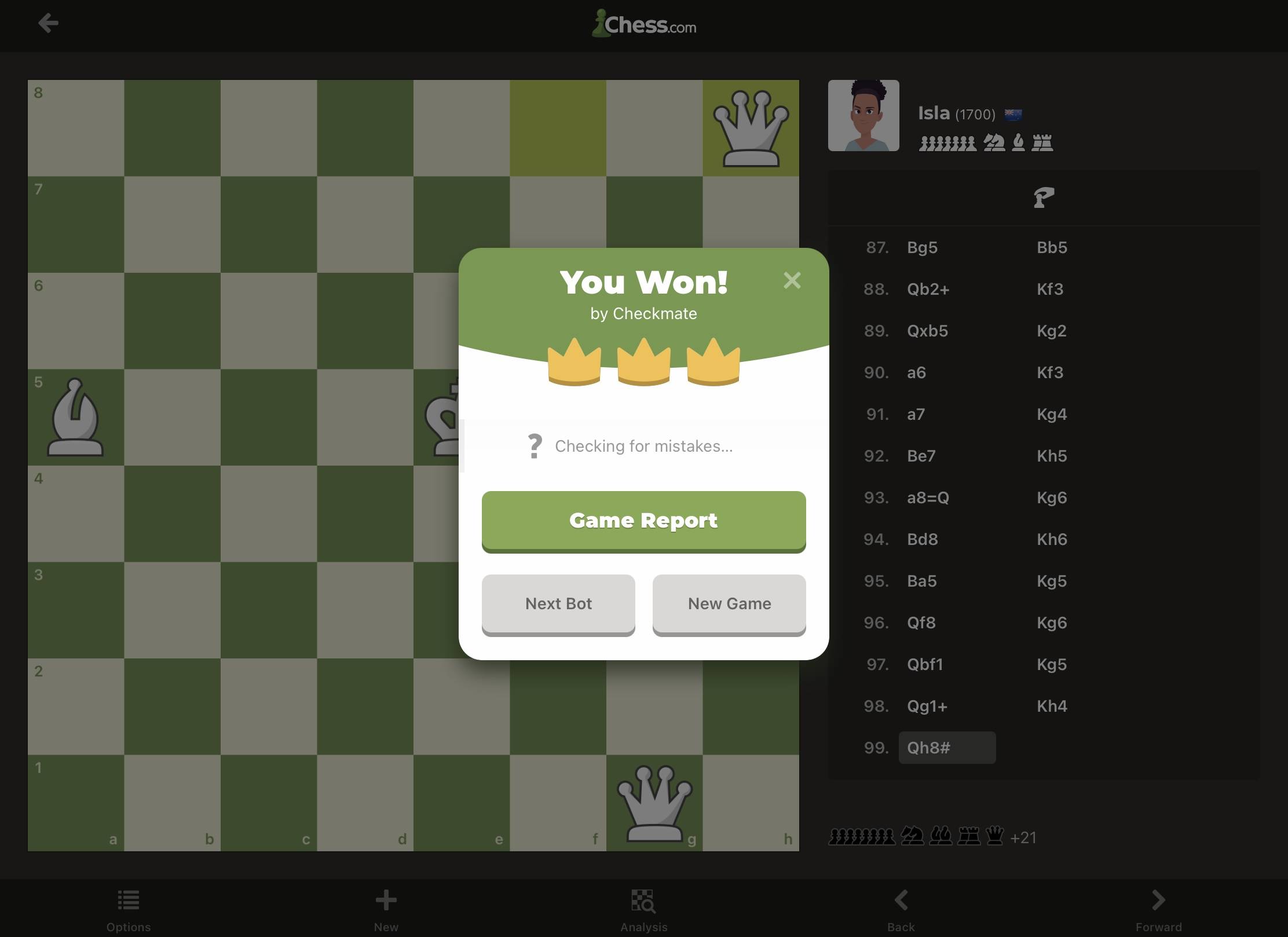 Isla the third and final rated 1700 BOT killed me so many more times than any other, even more than Jade-BOT 1300 did. Spent about 3 weeks playing her many times daily, usually it would go wrong towards the end. I would always seem to miss her countermoves when I had an attack going, this means I am getting tunnel vision IMO.

This game went to the end game and we slowly traded most main pieces, I had a dark bishop she had a light, I had 4 pawns she had three. My winning moves were moving the king to support the pawns quicker. Slowly after getting some space was able to attack her pawns and then promote tow of mine and it was GG.

Wow what a hard bot I was so mad daily that I just could not defeat her, just yesterday I went vs Devon rated 1600 and one shot won against that BOT which I have never done vs a higher rated BOT before. The moment we traded our last Rooks which she was trying to position my king in a manner to not recover I knew I could win in the end game.

I am playing the white pieces, easy ladder checkmate with two Queens. I typically do the ladder checkmate due to its simplicity and I feel it’s safer vs a tricky opponent. Next up is Lorenzo-BOT 1800 from here on out I am getting into advanced BOTS and will need to think much harder because that’s how Chess is, but I can already see lots of thinking changes already personally.