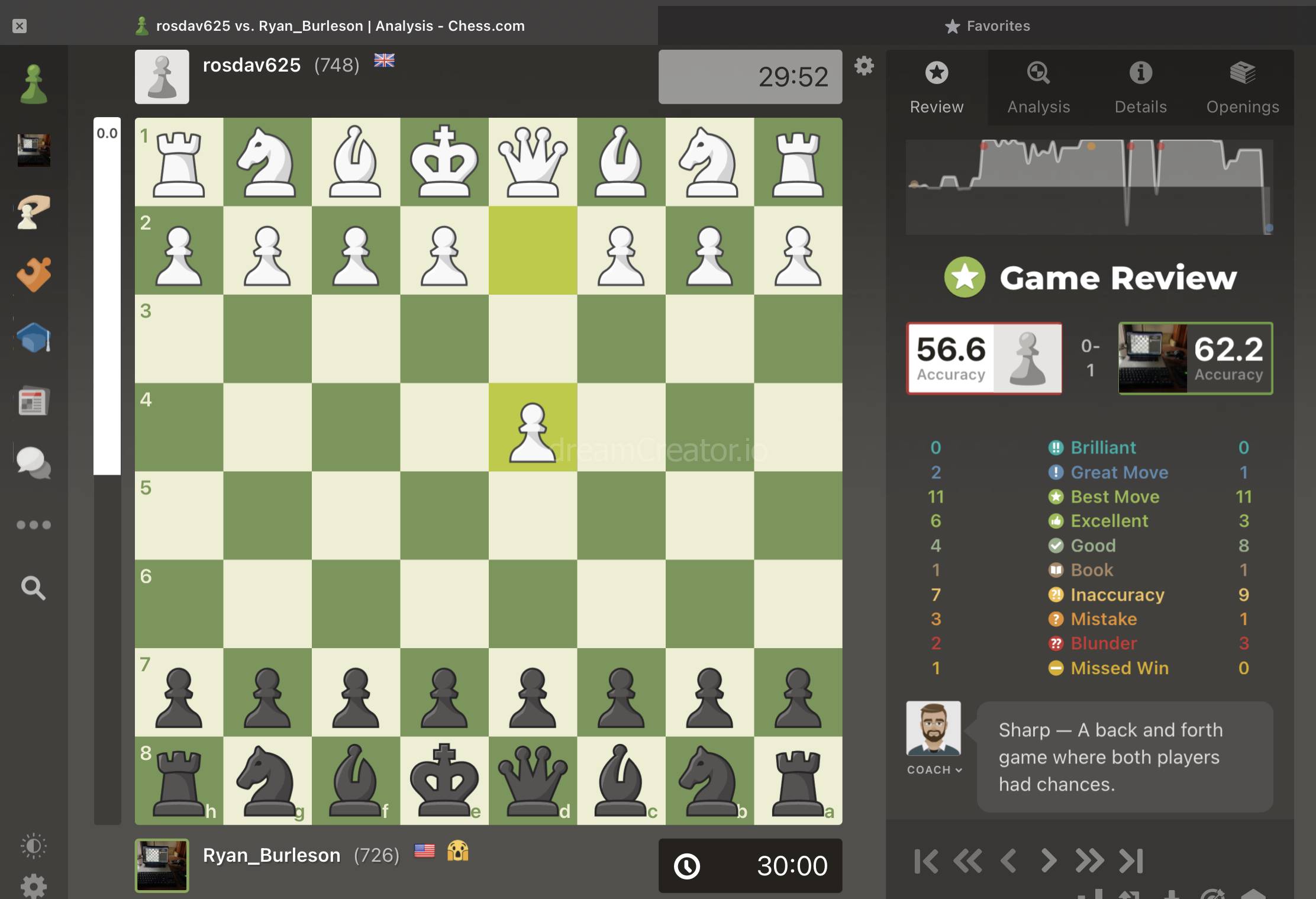 Played a live game today and right from the start allowed an aggressive Queen player to take a pawn, then another blunder move with my knight for their easy capture with bishop. So I’m behind and got a Queen banging at my doors, in the past this would have been an easy win for them. So I calculated a bit better after, always seem to do better under pressure and love being the underdog.

A few defensive moves and then couple ideas with a sacrifice here and there, what sacrifice when you are down? Hell yes checkmating is just that, I figured my opponent would see the line but they didn’t as most aggressive Queen players don’t. A nice skewer with my only rook to take his bishop and plant in a checkmating positioning still they didn’t appear to see it, now to get my Queen in a forcing line 33. Qh8 while my opponent kept failing at perpetual checks while I hide my king around his passed pawn.

My Queen is lined up on a long diagonal to check his king with help of rook blocking the escape, to my opponent it may have seemed like a pawn protecting move idk. Again my attack was pretty easy to spot but because of the long diagonal may have been a tad less apparent to someone who doesn’t puzzle much. Then they allowed just one move with no check and with my Queen lined up she flew up to check his king with only one legal blocking move preventing checkmate, his Queen which I would have taken and checkmated. They resigned a few seconds after realizing there was no chance and their little Queen was gonna go bye bye.

Lessons learned maybe, aggressive Queen play is generally a mistake but I understand that 700 rated players can lose easily to this noobish tactic. It’s generally easier to just use the Queen and not put many other pieces into position to form a solid attack, all at the cost or being blind sided by a tactical player who blundered earlier but woke up soon after. They still had pieces locked into the starting position, one who could have helped but were blocked in while they played mad Queen who got burned at the stake. I took a look at some of their other games and guess what I saw, early Queen moves with pieces left at the starting position still aka Nelson-BOT 1300 type plays, I crush Nelson btw ok kind of lol.

I’m black below and just moved my Queen 33. Qh8 my opponent should see the checkmate threat, but doesn’t.

Check out the game I am playing black pieces.