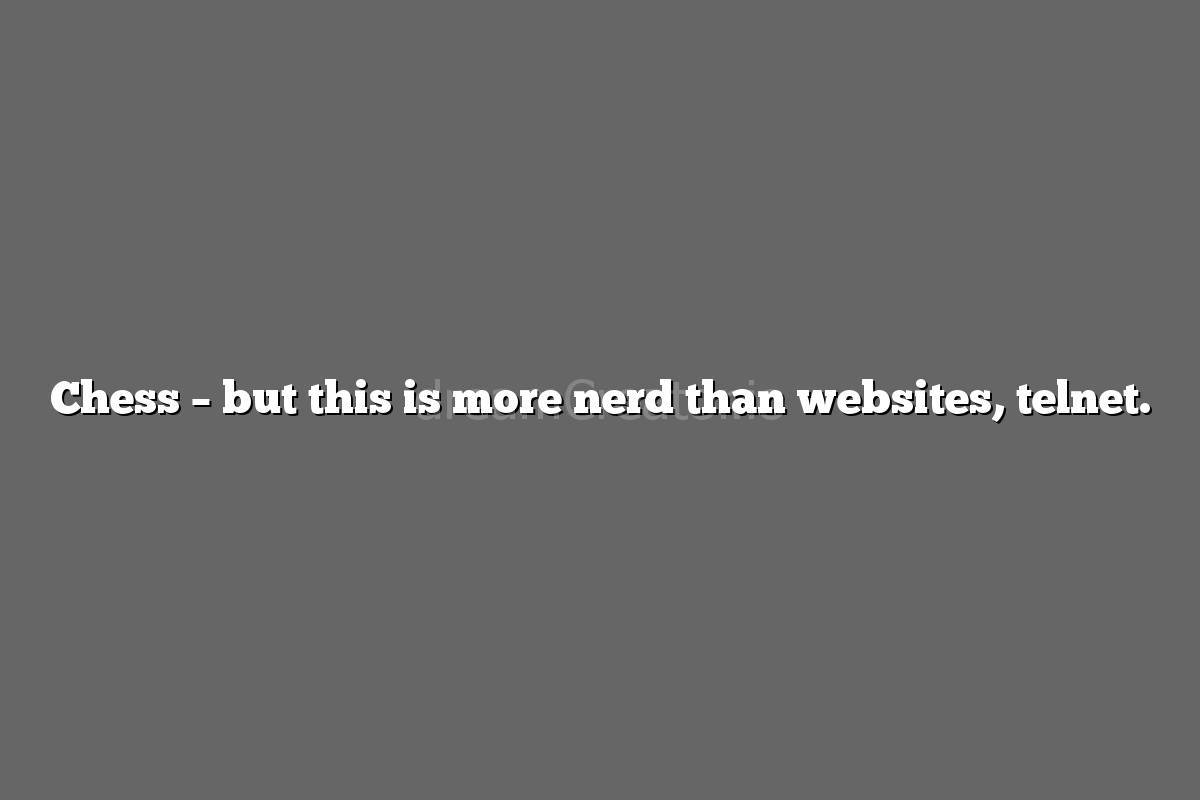 Update I do like the telnet chess, but the server that hosts this is very aggressive on what connections you use and while registering on their site for a user account. For just being a free chess game I found this really annoying so I will not be using this service.

I have been playing around with Telnet a bit lately due to eggdrop bots, I use Terminal (brew install telnet) on Mac or iTerminal on mobile ios. I was browsing the net for current Telnet stuff to play with and found this fully functional Chess multiplayer going on with guest or login players. There was lots of activity going on too, the pieces use a letter like for pawn a ‘P’ is shown. Telnet is still very cool even though it isn’t encrypted once you play with it a bit, shows you how things work from the very basics of the web.

Open your Telnet app of choice and type in the following and press enter:

Other stuff I found on the net that still work