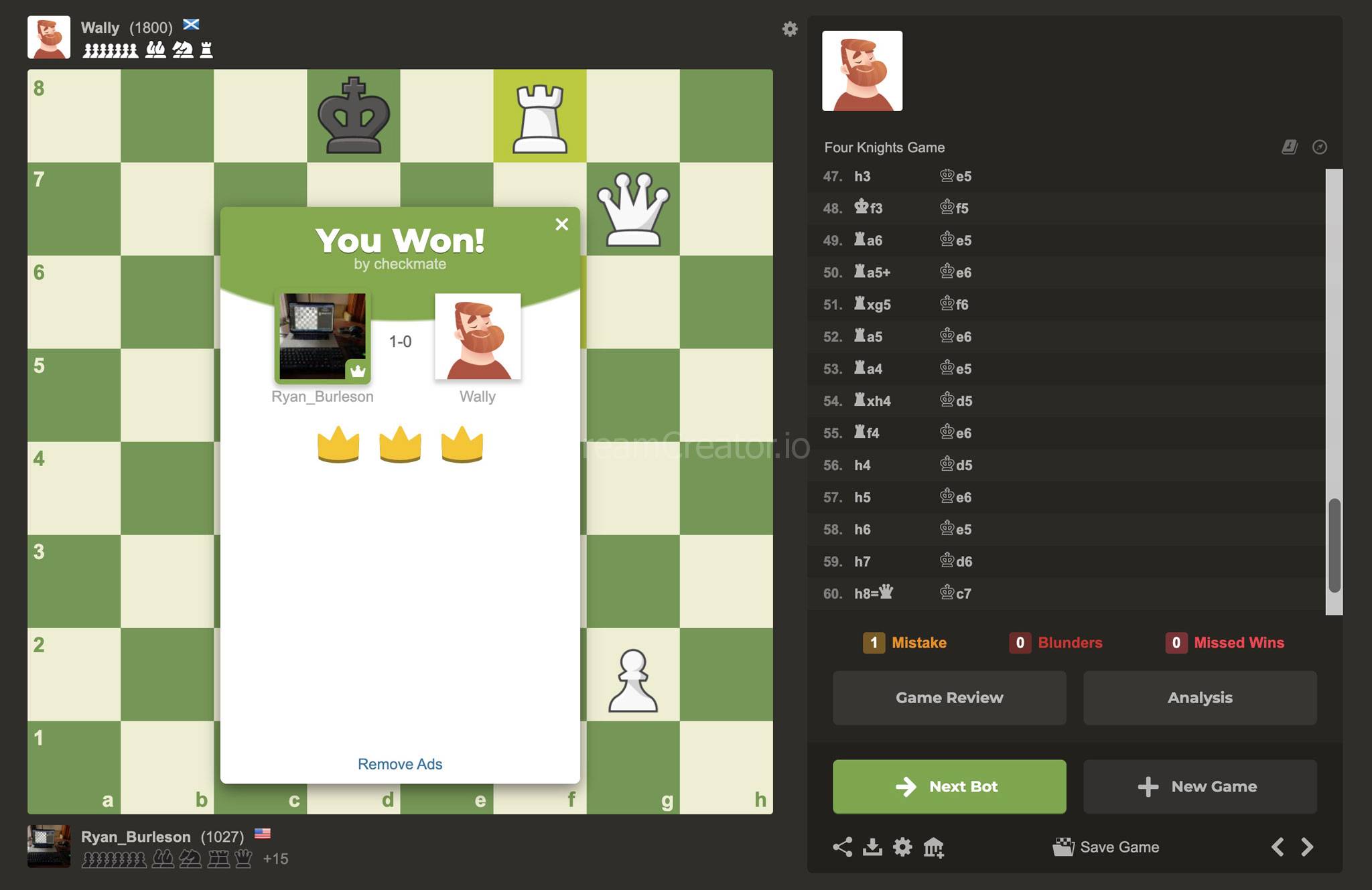 Next up is Li 2000, holy shit. My choices are limited now because I didn’t renew my membership for premium account on Chess.com for a bit.

I beat Lorenzo 1800 bot many months ago the first 1800 bot, but Wally was a wall of losses typically middle game stuff started falling apart and by end game these bots wont blunder. A week ago I played in back to back tournaments and noticed days after that my Chess with noticeably improved. I have not done much studying, but played lower ranked bots 1300-1600 pretty much daily. I was getting the idea that maybe it was time to try getting past this roadblock known as Wally-BOT 1800, so tonight he was beat on the first try.

I started feeling like ‘Uh I am gonna win this, wait is this happening?’ and it was indeed happening. Check out the embeded game of how I was able to defeat him, now I did play him a few weeks ago and he usually starts very solid but will become a god towards the end. You have got to be thinking way past 2-3 moves ahead all the times, when he moves each time really consider why he just did that.

I am playing the white pieces, I got so damn happy after this. It’s been months stuck on this guy, so much so that I stopped progressing on the bots. Solid piece trading, defuse his attack with an attack of your own hence my move 9. a3 pawn attacking his bishop. A nice double attack move 15. e5 pawn attack his knight and discovered attack bishop attack his rook, which I took.

The take away, play in some tournaments or just play more and study your losses.