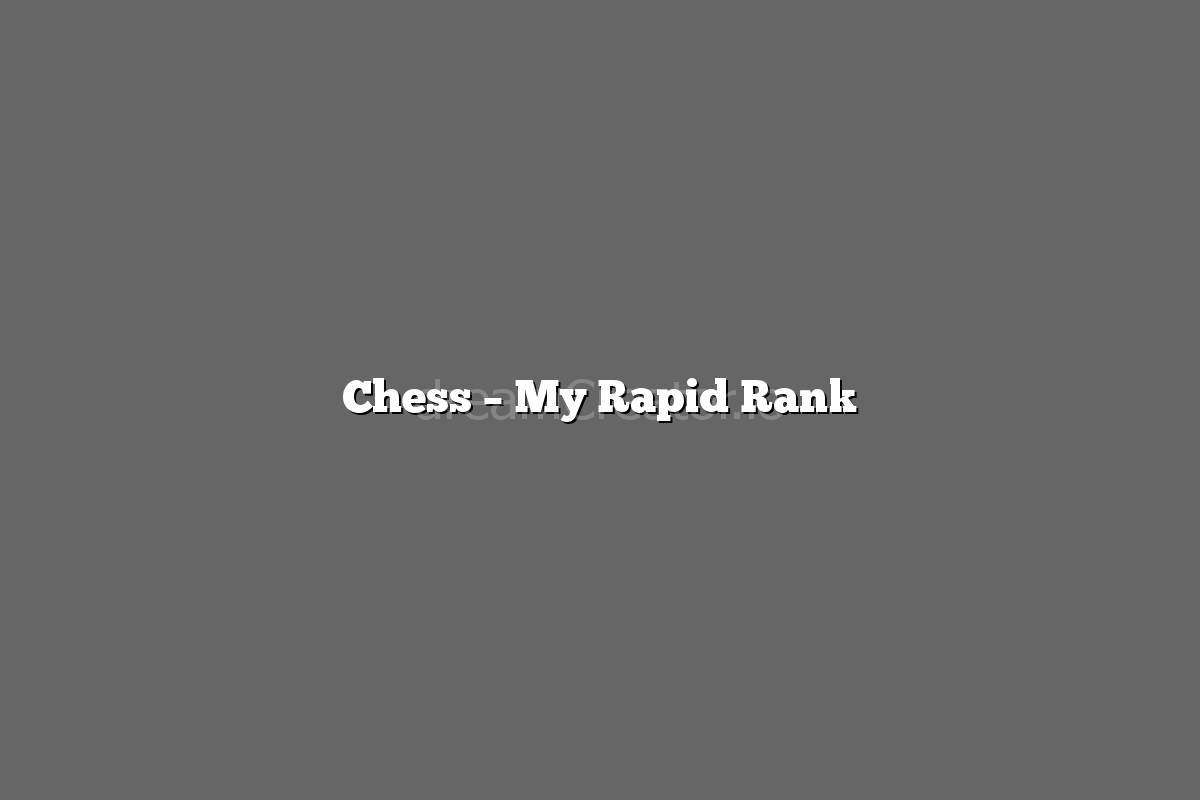 I have been playing chess on LiChess.org very casually, not doing much study lately just doing some puzzles and usually games vs Stockfish level 3-4. I decided to play some ranked rapid 10:0 games and finally see what I could get myself up to, on Chess.com I had reached 800+ in Rapid, 1037 in Classic. The goal when I started learning Chess May of 2021 was to reach rank 1000 in a year, I achieved it about 3 months early in 2022.

So it’s been awhile and on LiChess.org I have yet to play any real ranked games, so after an hour of two of playing I hit 1314 in Rapid 10:0 games. That is quite a bit higher but I did expect after a long absence from playing live games to have improved. I am no longer just a newbie, but will happily always remind people I ‘just started playing Chess’. They set your rank after you have played 12 ranked matches, the games were decent and a few I lost due to some really dumb moves on my part.

To be 100% honest I do not feel I am ranked above 1300 solidly yet, I am gonna say I am about 1100-1200 in my games. My puzzle rank finally went past 1600, but I have hit 1903 on Chess.com when I was trying much harder. To sum up this post after spending almost a full year of 300+ lessons, 1000+ game vs higher ranked bot, and maybe 400-500 ranked matches overall I gained more rank after some time off and taking things much easier. I have forgotten some of the many named openings, I just have the moves more in my head, it’s hard to explain generally I play The Italian opening as white or Caro Kann on black, usually a close variant.

I really love the game, after playing some random video game I usually end the night playing a few Chess matches vs Stockfish. Still find Chess a great measure of how mentally tired I am, and if I have too much energy to sleep Chess can wear me out after awhile. I am always looking for a friend to play with often, even compete with in a friendly personal manner, usually am playing later at night even into the early morning at times.