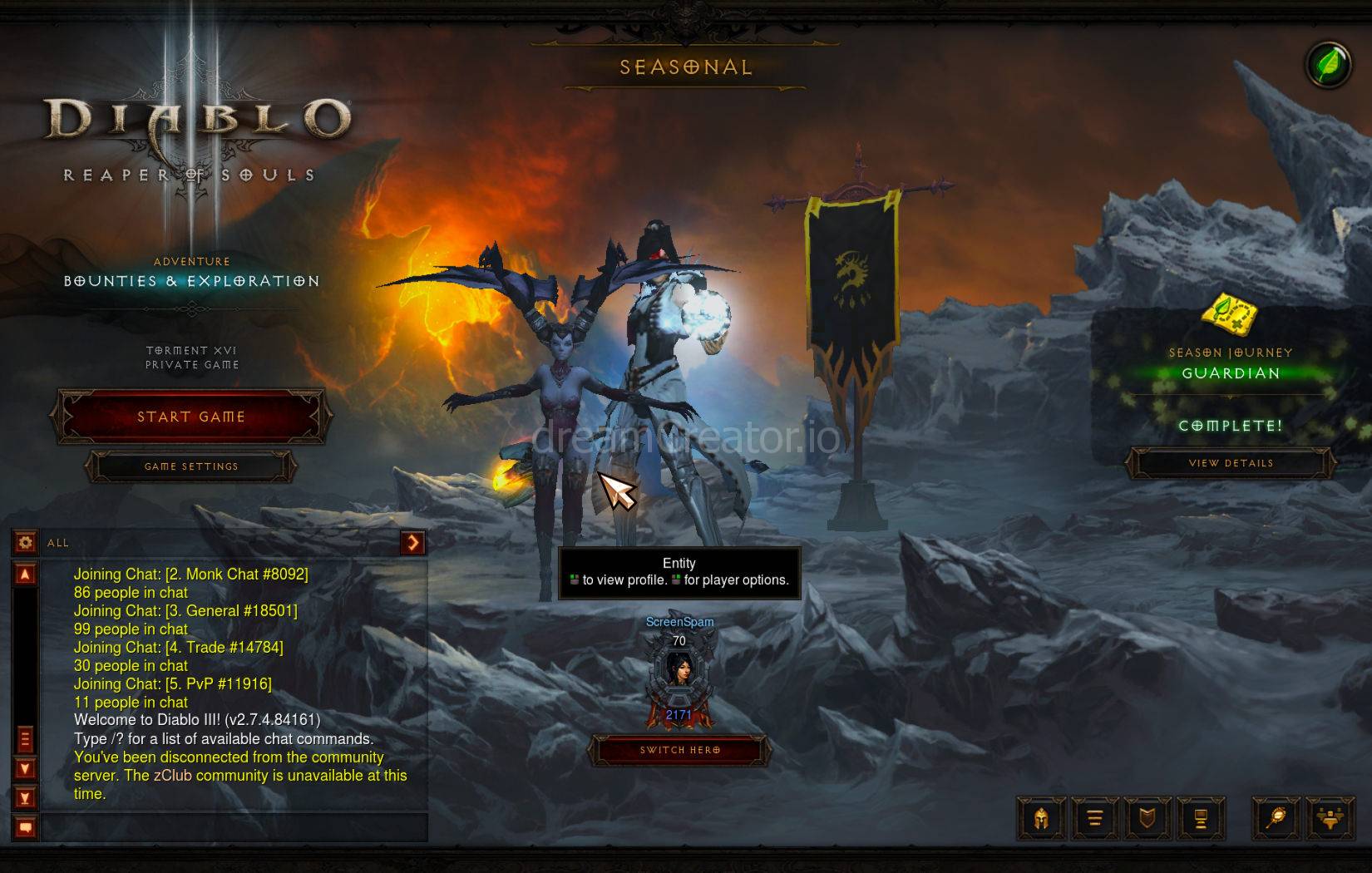 For a game over 10 years old this thing has value, plus you don’t need to spend money on it all the time. If you have ever tried this game out and created a character you might be missing the fun if you didn’t create a ‘Seasonal’ character. This is where all the action is, playing the non seasonal part of the game is nearly a ghost town. I am about the average player, not super good just less bad.

Anyway in the last few years blizzard has really been making the new seasonal themes better, these last around 3-4 months and about a week later a new season starts. The theme can be some new powers, items, or other things that will change the way your character works. It’s like a never ending math project where you are constantly finding new ways to get your overall power to it’s highest. Then you either play solo or in a group and run ‘Greater Rifts’, the goal is to get higher in rift level (max is 150) and do it faster than the competition.

Sometimes this may not be so obvious and many assume it’s ‘main stat’ when in actuality due to the various builds it’s some secondary stat that should be enhanced. An example is s27 Wave Of Light Monk, your main stat is dexterity but you want ‘CDR’ aka cool down reduction super high and with the right setup you will be more powerful even though your ‘sheet’ damage looks a tad low. My cdr on the WOL MONK is normally 62-65% which is outrageous, but he did gr 130+ at less than 1k paragon which is really good if you have played other seasons.

Anyway s27 has been the best one in a long time, I started with a demon hunter using various impale builds like most. For the first time I created a zBarb and found it to be one of my favorites, basically I am a helper that toughens and speeds up the group in greater rifts without doing damage. Lots of people love Wizards, but me personally just do not find them ‘super powerful’ maybe my builds just sucked. I tried making some ‘niche’ builds that are kind of fun but lack power like a magic missile support build.

Usually it’s user error when a build isn’t doing great, so any of my complaints in this post may just be ignorance, but then maybe not too. A thing to remember is some character builds might be great for a certain role or level range only, then that build you have come to love is worthless in higher more competitive games. Go play a Crusader horse fissure build and it fly’s though levels up to about gr110, but will be embarrassing in high levels and lags out group rifts earning you a kick. When that happens maybe the character can fill the role as bounty or rift key farmer like mine is.

Update in the past week I played a shit ton mostly zbarb and wizard which I was not liking (wiz) the entire season, buttttt I figured out I was missing a huge nuke for build by being lazy. The zbarb is amazing but if you over do the pulls it will lag the group no matter what, I keep thinking it’s ‘strongarm bracers’ because when I use ‘nemesis bracers’ it seems there is less lag. Strong arm bracers give 30% more damage for the entire group when I ground stomp mobs. This math that goes on might slow down things is my theory.

The wizard build is this one shown as a variant with star pact and magic missles, I was simply firing the missles off and the meteors come down automatically in the past, I didn’t realize I was missing 5 stacks that the missle’s firing give you from a passive skill that do 60% more damage for the next non signature spell aka a manual click of meteor. This is the huge nuke when you time it with the arcane part of convention of elements, but you will fire it off even when not on arcane due to how quick it comes.

After doing this it made the entire build a whole lot better and I was able to immediately get from gr127 solo to gr132, 135 was close by a few seconds. In group play I was the main damage dealer up to gr146 so far with support builds helping me. The wizard was dieing too much and I found that by changing my teleport skill to have the extra jump within 3s to help with those getting stuck issues that usually kill me. It seems the wiz is a bit slow to move around without it.

Some of my opinions below good and bad.

It would be nice if Diablo 3 had a game update overall, remove some old unused stuff, modify things, add some new large outdoor maps, you know typical game stuff. Wonder what s28 will be like, I think a special batch of gems would be cool.