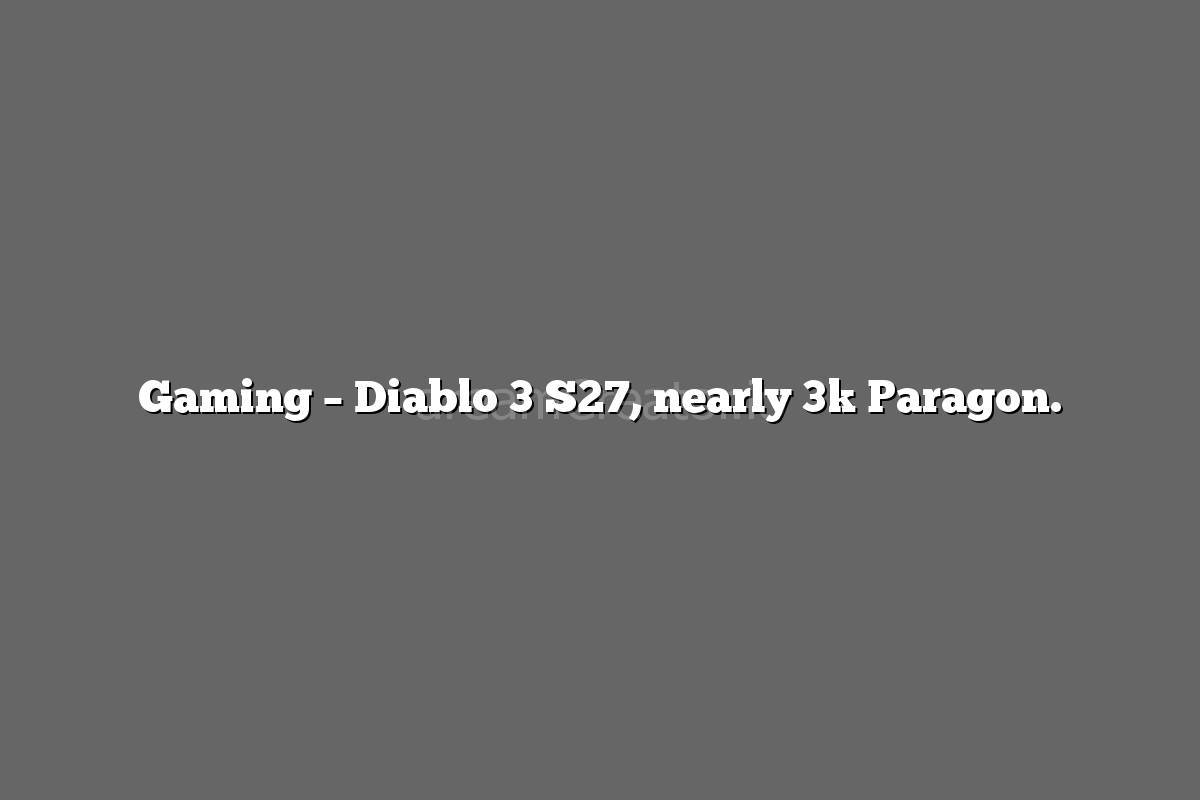 Season 27 has been my favorite, I was hitting some walls with my demon hunter shadow impale build around gr130. I was able to blow past that by min maxing my gear better and adjusting play style, now Im farming 130. Using area damage solo is the key basically improving your aoe abilities, now I don’t mind mobs.

Paragon 2807 is my current level, goal is to hit 3k since I never have during a season. My best solo gr is 137 on my demon hunter, my wiz and monk have not been played much but should both do over 140. I am just not very good with either, saying this because I’ve seen people with much lower paragon do higher gr. Made a couple s27 Hardcore characters a monk and barbarian, paragon 700ish. I really recommend hardcore mode to improve your playstyle, if you die thats it no respawning. Thinking of doing hardcore only in an upcoming season.

In groups the max gr 150 has been finished a bunch pretty easily, even on my wiz which is one of the most powerful in s27 but I suck at. Anyway it looks like s27 will end sometime in Jan 2023 so there is plenty of time still. I have taken a break on coding and many other hobby things to play this fun game.

Oh and I got the rarest drop in the game Cosmic Wings recently that was real nice. I constantly farm for the rainbow goblins, but also farm for xp pools and on one xp pool farm while waiting for group to fill I found a rbg. Had a party member in group and boom rare plus rare plus rare situation all came together. They were laying on ground and other player didn’t even notice, I said HOLY SHIT as expected. This item is farmed by people and groups for years and it never drops, real lucky,